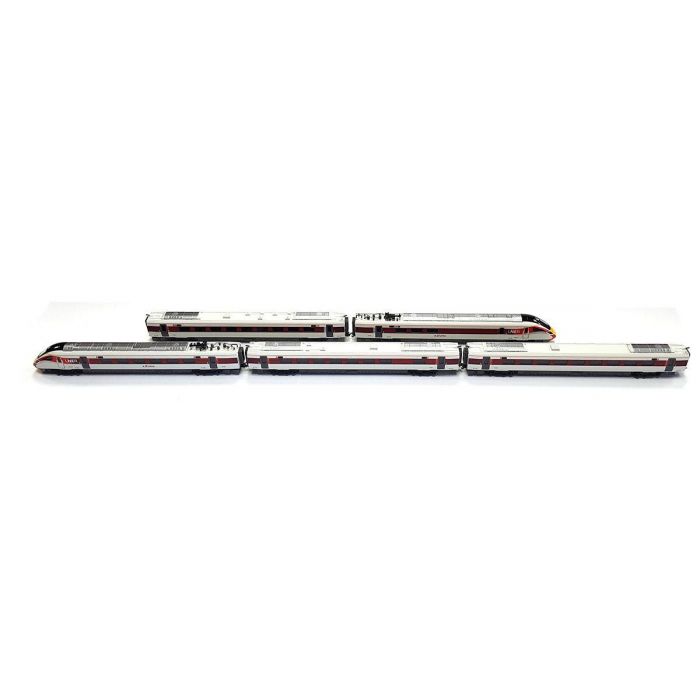 Due to arrive in early 2021, these two new N Scale (1:148) 5-car train packs are sure to be popular with modern image modellers. A companion Starter Set for each livery will also be available in the Gaugemaster Collection.

The Class 800 AT300 is a bi-mode multiple unit built by Hitachi for Great Western Railway and London North Eastern Railway. They use electric motors for traction, but in addition to operating on track with overhead electric wires, they have diesel generators to enable them to operate on unelectrified track. Based on the Hitachi A-train design, the trains were built by Hitachi between 2014 and 2018.

The trains were assembled at the Hitachi Newton Aycliffe facility from bodyshells shipped from Kasado, Japan.

As part of its production, the Class 800 is a part of the Intercity Express Programme (IEP) and is in the Hitachi AT300 product family. Their respective train operating company has also given the units separate brands; under Great Western Railway, they are known as Intercity Express Trains and under London North Eastern Railway, they are known as Azuma.

We are delighted to be able to present this iconic train, made by the legendary Japanese manufacturer KATO, a world leading company in the world of N Scale model railways. We’d also like to thank Hitachi and LNER for their helpfulness and assistance in bringing this project to market.