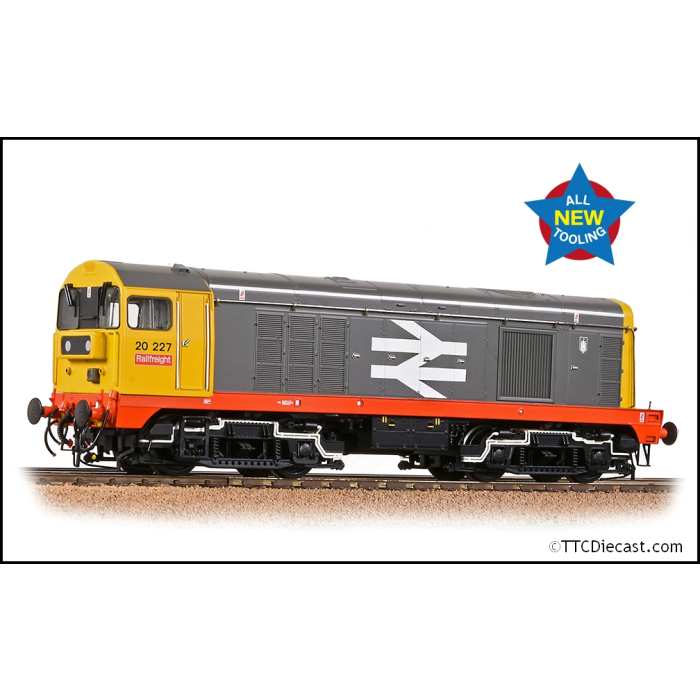 Designed from the rails up, this all-new model brings Bachmann's classic Class 20/0 right up to date, capturing the subtle lines of these distinctive locomotives. Their BR Railfreight model is fitted with headcode boxes and includes era-specific details such as the Oleo buffers and high intensity cab-end headlight, whilst the bogies have fluted equalising beams with weight-relieving holes.

Technical features include fully functioning directional and cab lighting, whilst the model also has a pre-fitted speaker and a Plux22 DCC Decoder socket for those wishing to equip their model for use on DCC.