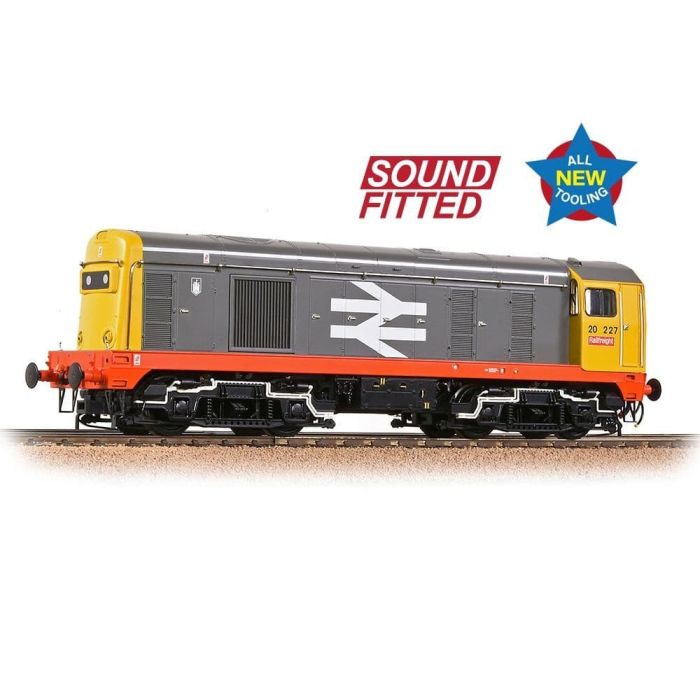 Designed from the rails up, this all-new model brings Bachmann's classic Class 20/0 right up to date, capturing the subtle lines of these distinctive locomotives. Their BR Railfreight model is fitted with headcode boxes and includes era-specific details such as the Oleo buffers and high intensity cab-end headlight, whilst the bogies have fluted equalising beams with weight-relieving holes.

F22 - Cab Light On (Only when Stationary)

Analogue Users: Directional lights and basic Prime Mover (engine) sounds, which vary with speed, plus any other automated sounds, can be enjoyed when using this model on analogue control (DC) straight from the box!